Rivers of My Life

Rivers of My Life 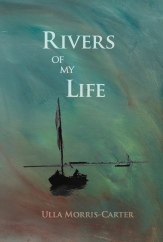 Rivers of My Life front cover of Ulla Morris-Carter’s memoirs.

Rivers of My Life Back Cover of Ulla Morris-Carter’s Memoirs.

Early reviews of Rivers of My Life

“Two great rivers shaped my life, the Rhine and the Nile.
I grew up on the banks of Germany’s most important river, the Rhine. The Nile, sometimes called the greatest single stream on earth, became part of my story when I was in my twenties. Those two mighty rivers, with their rhythm, their power and their beauty have inspired centuries of poetry, tales of the gods, stories of love and death, songs of women and wine. They are part of me.”

Ulla Morris-Carter vividly recounts the early-to-mid years of her exciting life, growing up as a young child in Germany during World War Two, and later as a young woman in Egypt in the 1950s and a wife and mother in Lebanon and Germany in the 1960s and 70s.

Spanning wars, continents, family upheavals and losses, she details her daring move, at the age of 21, from Düsseldorf to the mysterious Nile city of Cairo, Egypt. She recounts her marriage to a prominent American Middle Eastern foreign correspondent, followed by the birth of their three daughters.

After describing the joys and difficulties of holding the family together through cascading revolutions and wars, she tells of the tragedy that forced the family’s decisive move to America.

“I’ve never thought of myself as an extraordinary person, but I did live through extraordinary times characterized by war, separations, adventure, risk, resilience, love and loss.”

Foreword and Table of Contents

“I’ve never thought of myself as an extraordinary person,” claims Ulla in her foreword, “but I did live through extraordinary times characterized by war, separations, adventure, risk, resilience, love and loss.” 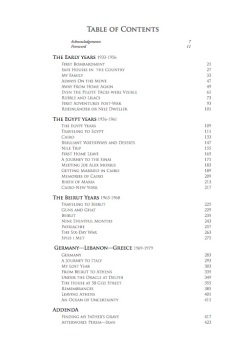 Table of Contents for Ulla Morris-Carter’s memoir, Rivers of My Life. From war-torn Germany to Egypt, Beirut, Bonn and Athens.